What is a Monster Stock Trader? 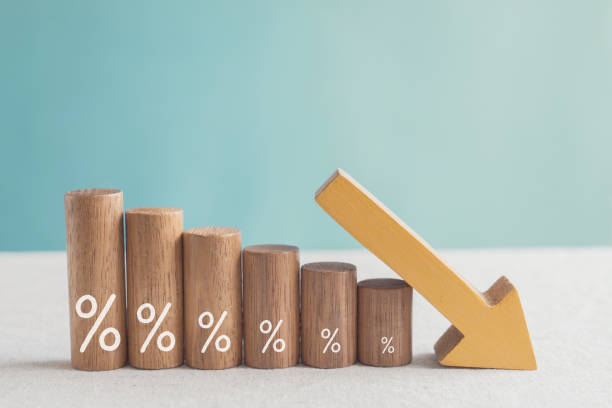 15 NovWhat is a Monster Stock Trader?

A Monster Stock Trader is somebody who is fascinated by the markets and who can exploit market history to wring big profits from present-day conditions.  We want to make money in the market, period; more than that, we want to make big money.  To do this, a trader needs to intensely focus on one thing: the price and volume action of the market and its leading stocks.  Everything else is a distraction, what they call “white noise.”  While it is sometimes tempting to become a market polemicist, it never made anybody a single penny.  Leave it to others the pleasure of sounding like they know what they’re talking about at cocktail parties.  That’s their reward.  The Monster Stock Trader’s reward is the ever-increasing size of his portfolio.

So a MST is a market historian first, stock operator second.  This being the case, we refuse to make “calls” about where the market is headed.  Like Jesse Livermore, we’d rather not even use the terms “bullish” or “bearish,” as it tends to put one in the position of defending their “side.”  We’re not in the business of fruitless pursuits -namely, taking part in market debates.  Besides, there is nothing new under the sun.  It’s all been argued before.  It is much easier to reconcile this when one is tempered by history.  This is why a thorough study of past markets is a must.  It is the MST’s foundation and what he depends on for real-time market analysis.  Make sure that foundation is strong.

“There is nothing new in Wall Street. There can’t be because speculation is as old as the hills. Whatever happens in the stock market today has happened before and will happen again.” -Jesse Livermore

Stick to what’s important: price/volume action.  When viewed through the lens of history it will tell us all we need to know.

1.    Prefers a stock with excellent fundamentals that has some technical flaws in its chart to a stock with an excellent chart but that has some flaws in its fundamental picture.  He initiates positions in stocks that are breaking out of primary base patterns such as “cup-with-handles,” “cup-without-handles,” “saucer-with-handles” and “double bottoms.”  Penny stocks, thin stocks and the stocks of companies that do nothing but lose money need not apply, no matter how enticing the “story.”

2.    Initiates positions in equal dollar amounts, adding to the positions in a way that the portfolio is concentrated in the best performing stocks.

3.    Pyramids into positions in a disciplined way. Stocks must prove themselves.  Leaders are fed; laggards, starved.  Leaders exhibit their strength by running more than 20% in three weeks or less, for example, or by closing higher in 12 out of 13 trading sessions.  The MST, however, adds to these positions so as to keep his cost-basis low (below the 50 day moving average is preferable, though the lower the better).

Therefore, the MST is constantly on the look-out for secondary base patterns (“ascending bases”/”flat bases”) to add shares.  Depending on the strength of the market rally, up to a half-position may be taken.  He is also alert enough to see add-on buy points that indicate strong institutional demand, patterns such as “three-weeks tight” and the “short stroke,” as well as rebounds off of the 10-week or 50-day moving average.

C.    Add up to half a position when the stock forms a secondary base, such as an “ascending” or “flat” base.

D.    Add up to a full position when the stock forms another primary base (“cup with handle”/”double bottom,” etc.) and breaks out.

IMPORTANT:  Book most profits at 20%-25%.  If the stock runs up 20% or more within three weeks’ time, however, that’s unusual strength.  It could very well become a Monster Stock.  At the very least, hold it for eight weeks.  We repeat, barring a complete crash in the stock’s price, it must be held until the end of the eighth week. We can reassess the stock’s prospects at that point.

4.    Cuts all loses short.  No matter what.  No excuses.   William J. O’Neil said it best: “The whole secret to winning big in the stock market is not to be right all the time but to lose the least amount possible when you’re wrong.”  This is one of the most capable operators in market history talking.  One would do well to heed his advice.  Some very successful traders will cut a position by a third when it closes 3% below what they paid for it, another third when it is down 5%, and they will sell out when it hits a price 7% below what they bought it for.  Don’t worry, though, if the stock makes a comeback we can always buy it again.

5.    Buys back the shares lost when he falls victim to a shake-out.  In fact, if a MST is shaken-out of a position or even just the shares that he’s added to a position and the stock then roars back on strong volume, he’s not just buying back those shares that he lost but about 10% more to make up for being shaken-out.

6.    Does not use margin unless the market is strong and there are leading stocks that are forming/have formed/or broken out of proper bases.  If your portfolio isn’t up at least 2%, do not use margin.

7.    Acts quickly and eases off margin if distribution begins to hit the market.  Keep in mind, however, that the market can top fast, sometimes with just two or three distribution days over a short period.  In fact, if the market suffers three distribution days in a row, you shouldn’t need to be told twice: get off margin.  Also, always keep an eye on what the leading stocks in the market are doing.  Have they already shown signs of topping?  Given the fact that they are the leaders, they will often portend what’s to come.  Remember, four or five distribution days within a few weeks is usually enough to kill a rally.  Don’t hesitate in protecting your portfolio, selling your weakest stocks first; furthermore, don’t rationalize, make excuses or get emotional.  Just act.

8.    Always “plans the trade and trades the plan.”  This, however, is something we do outside of market hours.  Don’t get caught flat-footed while the market is open.  This is how mistakes are made and money is lost.  Whether we are buying or selling a stock, these decisions are best made the night before.  Know exactly where you’ll buy, add or sell shares.  That way you’ll never get caught up in the noise of the market’s action or make decisions based on emotion, such as chasing a stock or selling it out of fear.  When the market is open, the MST is robotic.

9.     Knows when to take profits.  For example, a MST doesn’t buy into climax runs, he sells into them.

Or he sells a stock when it breaks the long-term upper trend line.

(Note: We need a period of at least four to six months for an upper trend line to be valid.  Also, the same can be said for a breach of the long-term lower trend line.  If the stock closes the week below this line, sell it.)