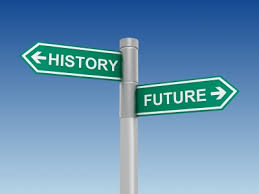 Every year, between Christmas and New Year, I take some time to reflect on the past year, think about what went well and what did not and set a course for things to come.

My goals from the beginning of the year changed somewhat as I re-focused during the year. I have incorporated both the 1 January 2012 and changed Goals in my analysis:

2012 was a really rough year for me, financially. The Investment returns in my retirement accounts were around 17% for the year, but my leveraged Investment accounts halved in value. This was due partly to some bad calls and partly to having to liquidate positions to keep up with debt payments. I also had a severe cash flow drought the first 9 months of the year, coupled with increased expenditure because of a property fire. I near-abandoned my Internet properties due to work commitments, so Internet income was non-existent.

Professional Goals:
* Complete the academic programs I started
* Continue to “learn my trade” as a Financial Analyst and Financial Planner
* Write and publish 54 articles and 6 guest posts

I received a Distinction for the one academic program, but did not pass the other one. This will be a continuing goal in 2013. Time management was a real issue this year. I continued progress in gaining work experience, but I need to be more specific in an outcome in “learning my trade”. On the blogging front, I have exceeded my goal of number of articles, but could have done better, considering 80% of the goal was completed in the first half of the year already.

Personal Goals:
* Find a Ms. Mzansi
* Join a hockey Club and play
* Achieve an “Intermediate” Level in Mandarin Chinese
* Try out Yoga once
* Take 20 wickets in the first half of the cricket season

This goal area was a real disaster this year, because of cash flow issues and also bad time management. I did join a hockey club, though, which I enjoyed immensely. I also greatly improved my cricket skill-level and fitness level, although I did not quite reach the 20 wickets I was looking to get. I think the “Yoga” goal was a bit silly to put on a yearly goal list. In 2013 I will put together a monthly list of things to try, to keep life interesting.

All-in-all, a challenging year, but also satisfying in the goals that I did reach. What was I most proud of? I think getting a distinction in the Graduate Diploma in Financial Planning was the highlight, although playing hockey again would also rank up there in satisfaction.